As part of the Hurricane Sandy Science Plan, the U.S. Geological Survey is expanding National Assessment of Coastal Change Hazards and forecast products to coastal wetlands. The intent is to provide federal, state, and local managers with tools to estimate the vulnerability of coastal wetlands to various factors and to evaluate their ecosystem service potential. For this purpose, the response and resilience of coastal wetlands to physical factors need to be assessed in terms of the ensuing change to their vulnerability and ecosystem services. Edwin B. Forsythe National Wildlife Refuge (EBFNWR), New Jersey, was selected as a pilot study area. As part of this data synthesis effort, hydrodynamic and sediment transport modeling of Barnegat Bay Little Egg Harbor (BBLEH) has been used to create the following wetland data layers in Edwin B. Forsythe National Wildlife Refuge (EBFNWR), New Jersey: 1) Hydrodynamic residence time , 2) salinity change and 3) salinity exposure change in wetlands, and 4) sediment supply to wetlands. The residence time layer was based on the hydrodynamic and particle tracking modeling of the period 3/1/2012 to 5/1/2012 by Defne and Ganju (2015). For this data layer, the residence time map of estuarine water has been projected over the EBFNWR salt marshes. The rest of the layers were derived from the BBLEH hydrodynamic modeling for the Hurricane Sandy period that spans from 10/27/2012 to 11/04/2012 (Defne and Ganju, 2016a). The model estimated changes in salinity and sediment concentrations over the salt marshes caused by storm-induced coastal flooding. The results are summarized over the previously determined conceptual salt marsh unit polygons (Defne and Ganju, 2016b). 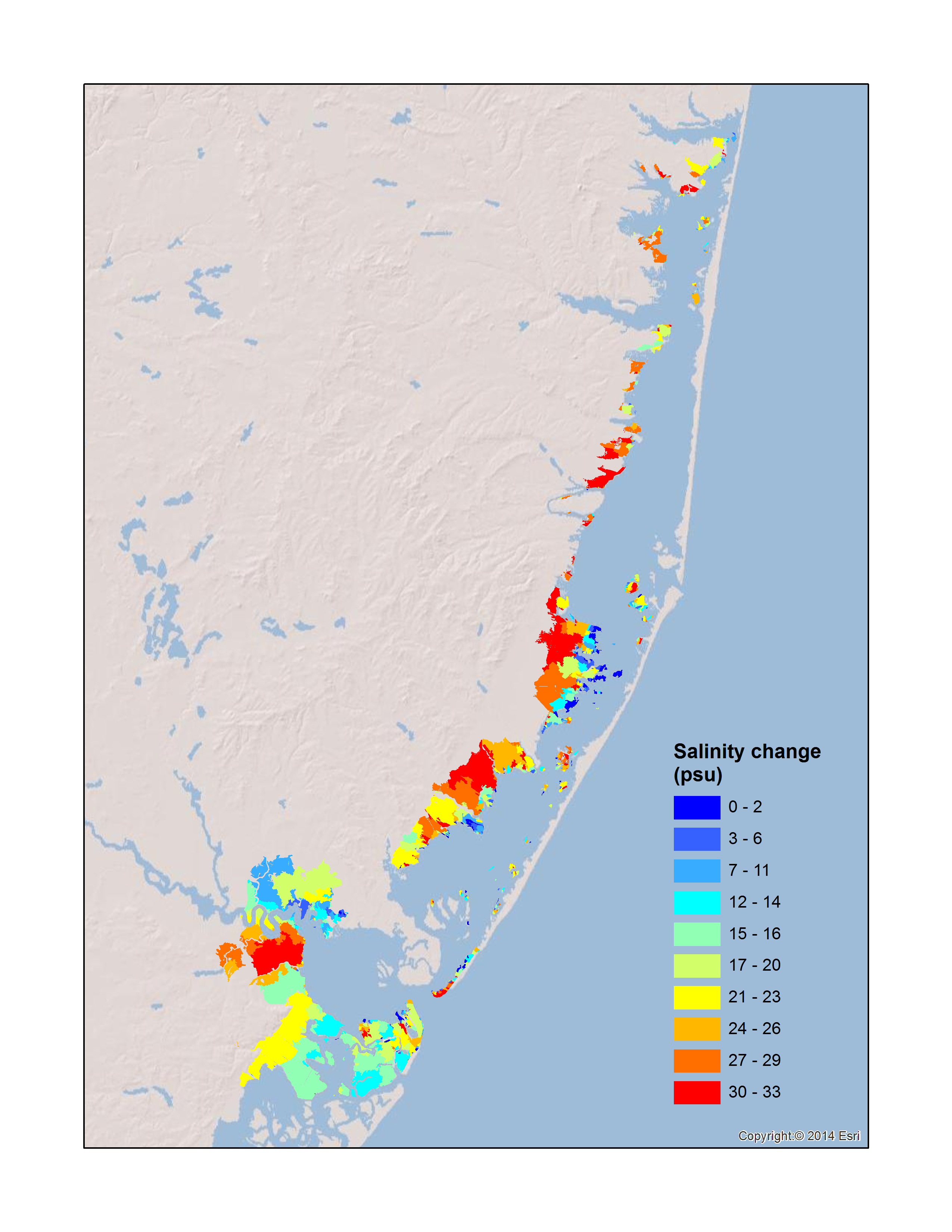