This part of the data release presents a digital elevation model (DEM) derived from bathymetry and topography data of the Elwha River delta collected in July 2016. Two dams on the Elwha River, Washington State, USA trapped over 20 million m3 of sediment, reducing downstream sediment fluxes and contributing to erosion of the river's coastal delta. The removal of the Elwha and Glines Canyon dams between 2011 and 2014 induced massive increases in river sediment supply and provided an unprecedented opportunity to examine the response of a delta system to changes in sediment supply. The U.S. Geological Survey developed an integrated research program aimed at understanding the ecosystem responses following dam removal that included regular monitoring of coastal and nearshore bathymetry and topography. As part of this monitoring program, the USGS conducted a bathymetric and topographic survey in the Strait of Juan de Fuca on the Elwha River delta, Washington (USGS Field Activity Number 2016-653-FA). Bathymetry data were collected using two personal watercraft (PWCs) and a kayak, each equipped with single beam echosounders and survey-grade global navigation satellite systems (GNSS). Topography data were collected on foot with GNSS receivers mounted on backpacks. DEM surfaces were produced from all available elevation data using linear interpolation. 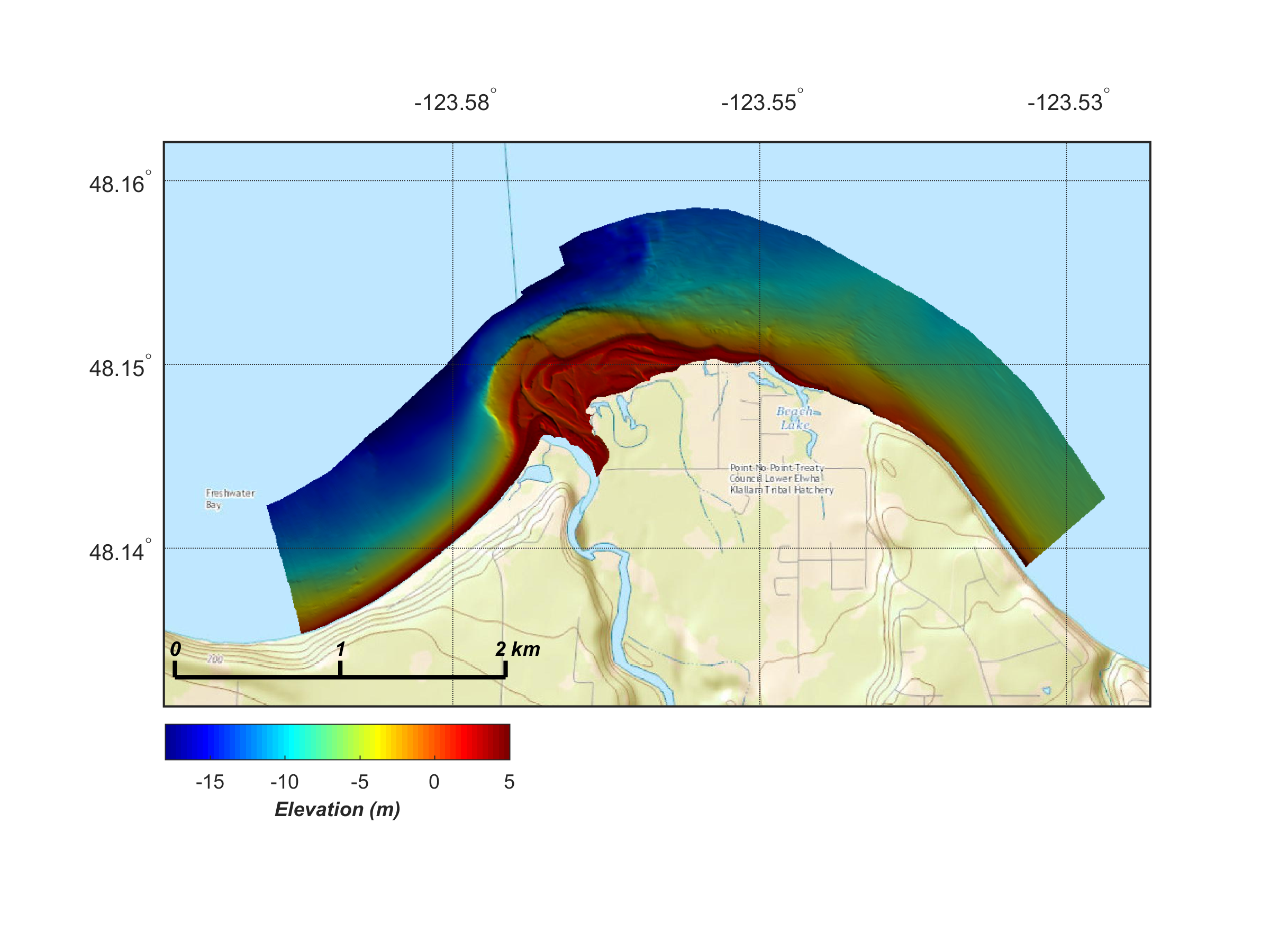