With increasing population growth and land-use change, urban communities in the desert southwest are progressively looking to remote basins to supplement existing water supplies. Recent applications for groundwater appropriations from Dixie Valley, Nevada, a primarily undeveloped basin neighboring the Carson Desert to the east, have prompted a reevaluation of the quantity of naturally discharging groundwater. The objective of this study was to develop a new, independent estimate of groundwater discharge by evapotranspiration (ET) from Dixie Valley using a combination of eddy-covariance evapotranspiration measurements and multispectral satellite imagery. Mean annual groundwater ET (ETg) was estimated during October 2009-2011 at four eddy covariance sites. Two sites were located in phreatophytic shrubland dominated by greasewood and two were located on a playa. Estimates were scaled to the basin level by combining remotely sensed imagery with field reconnaissance and site-scale ETg estimates. Vegetation index and brightness temperature data were used to partition Dixie Valley into five discharging ET units, and scale actual and potential ETg to the basin level. ET units are spatially constrained by a groundwater discharge area which represents the area where discharge from evaporation by open water or bare soil and transpiration from phreatophytic plants exceeds the volume of water contributed by precipitation. Each ET unit represents a generalized grouping of vegetation and soil conditions that were used as the basis of estimation of total ETg. ET units were partitioned as: playa lake, playa, sparse shrubland, moderate-to-dense shrubland, and grassland. 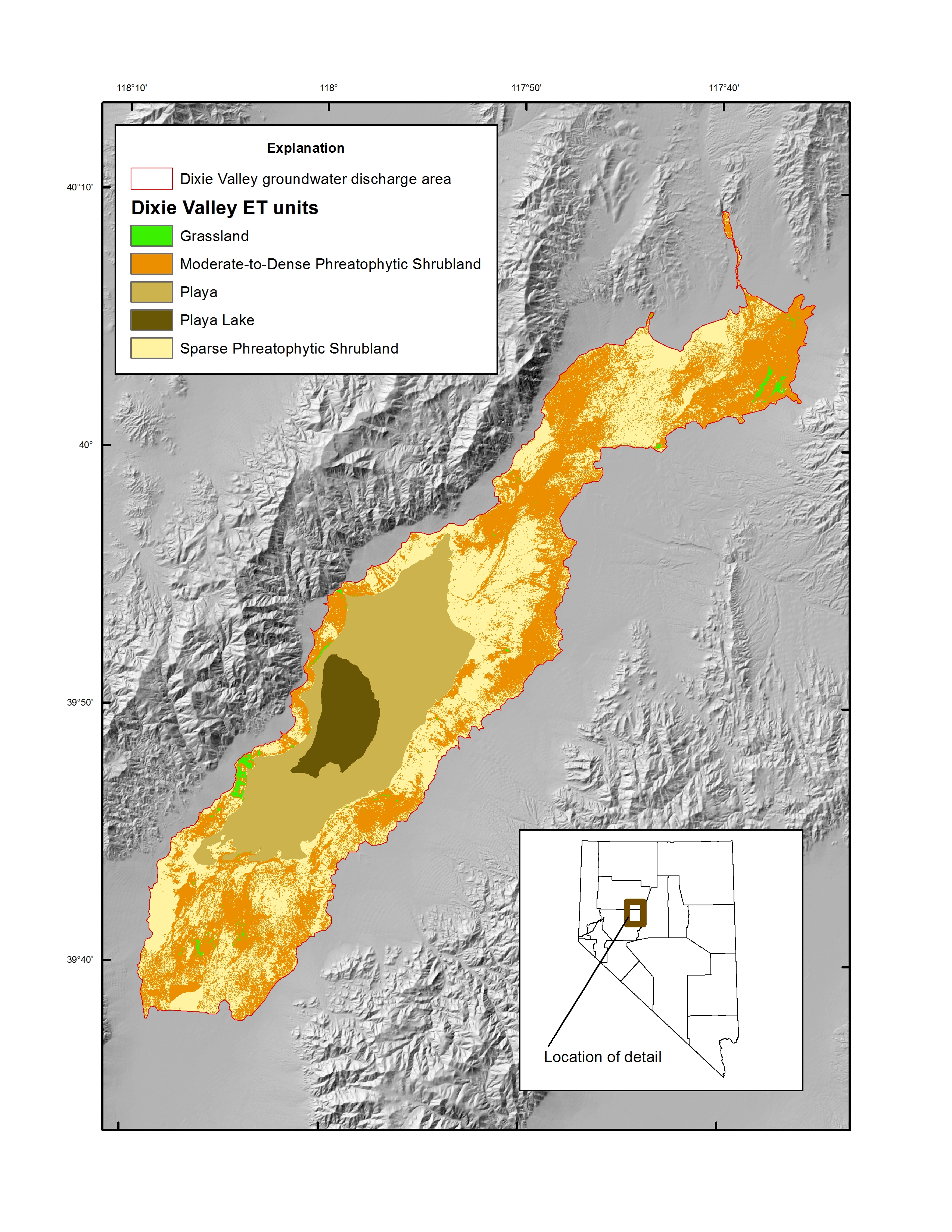