A two-dimensional, steady-state groundwater flow model of the St. Louis River Basin (SLRB) was developed using the analytic-element computer code, GFLOW, to provide an understanding of the regional groundwater flow system. In analytic-element models significant streams and lakes in the model domain are represented as linesink elements. Analytic-element models, such as the SLRB regional model, can be a screening model which provides a simplified version of a hydrologic system, completed ahead of a more complex modeling effort. For this study, the regional screening model was refined to focus on extensive ditching in the central SLRB, a wetland-rich area to the south of the Iron Range. Two smaller models were developed in this area—a ditch model and a pre-ditch model. The effect of ditching was evaluated by comparing two separate model runs, one with the ditch network represented as linesinks and a “pre-ditching” model with ditch linesinks removed. Additional calibration of the ditch scenario models was done to improve modeled groundwater levels in the wetlands. This USGS data release contains all of the input and output to run the model simulations described in the associated model documentation report (https://doi.org/10.3133/sir20195033). 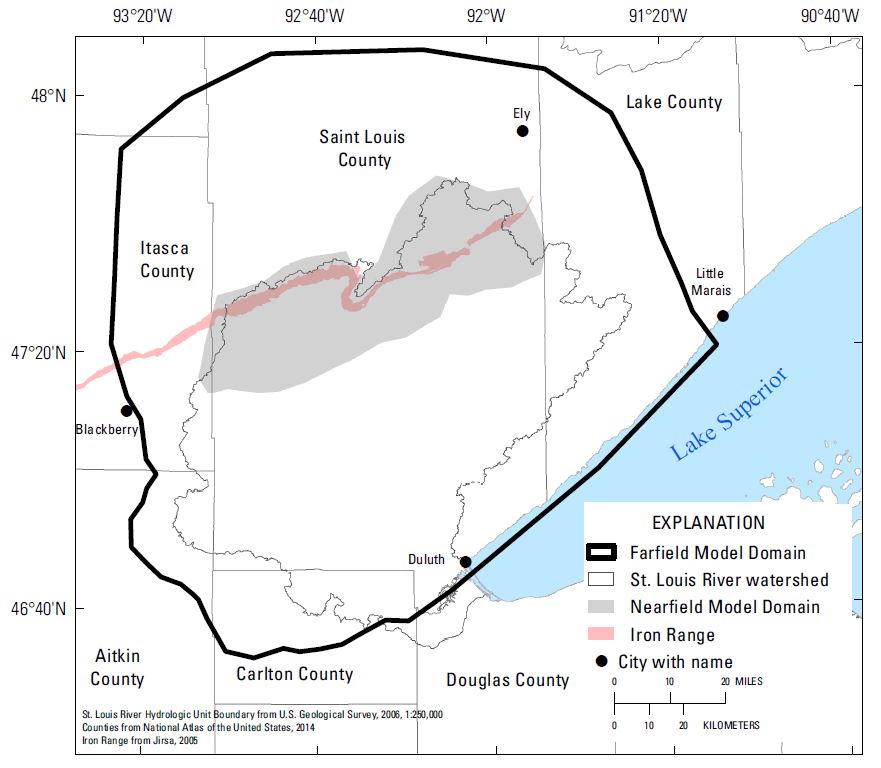