Long-term and short-term shoreline change rates for the coast south of Boston, Massachusetts, calculated with and without the proxy-datum bias using the Digital Shoreline Analysis System version 5.0

The Massachusetts Office of Coastal Zone Management launched the Shoreline Change Project in 1989 to identify erosion-prone areas of the coast. The shoreline position and change rate are used to inform management decisions regarding the erosion of coastal resources. In 2001, a shoreline from 1994 was added to calculate both long- and short-term shoreline change rates along ocean-facing sections of the Massachusetts coast. In 2013, two oceanfront shorelines for Massachusetts were added using 2008-9 color aerial orthoimagery and 2007 topographic lidar datasets obtained from the National Oceanic and Atmospheric Administration's Ocean Service, Coastal Services Center. This 2018 data release includes rates that incorporate two new mean high water (MHW) shorelines for the Massachusetts coast extracted from lidar data collected between 2010 and 2014. The first new shoreline for the State includes data from 2010 along the North Shore and South Coast from lidar data collected by the U.S. Army Corps of Engineers (USACE) Joint Airborne Lidar Bathymetry Technical Center of Expertise. Shorelines along the South Shore and Outer Cape are from 2011 lidar data collected by the U.S. Geological Survey's (USGS) National Geospatial Program Office. Shorelines along Nantucket and Martha’s Vineyard are from a 2012 USACE Post Sandy Topographic lidar survey. The second new shoreline for the North Shore, Boston, South Shore, Cape Cod Bay, Outer Cape, South Cape, Nantucket, Martha’s Vineyard, and the South Coast (around Buzzards Bay to the Rhode Island Border) is from 2013-14 lidar data collected by the (USGS) Coastal and Marine Geology Program. This 2018 update of the rate of shoreline change in Massachusetts includes two types of rates. Some of the rates include a proxy-datum bias correction, this is indicated in the filename with “PDB”. The rates that do not account for this correction have “NB” in their file names. The proxy-datum bias is applied because in some areas a proxy shoreline (like a High Water Line shoreline) has a bias when compared to a datum shoreline (like a Mean High Water shoreline). In areas where it exists, this bias should be accounted for when calculating rates using a mix of proxy and datum shorelines. This issue is explained further in Ruggiero and List (2009) and in the process steps of the metadata associated with the rates. This release includes both long-term (~150 years) and short term (~30 years) rates. Files associated with the long-term rates have “LT” in their names, files associated with short-term rates have “ST” in their names. 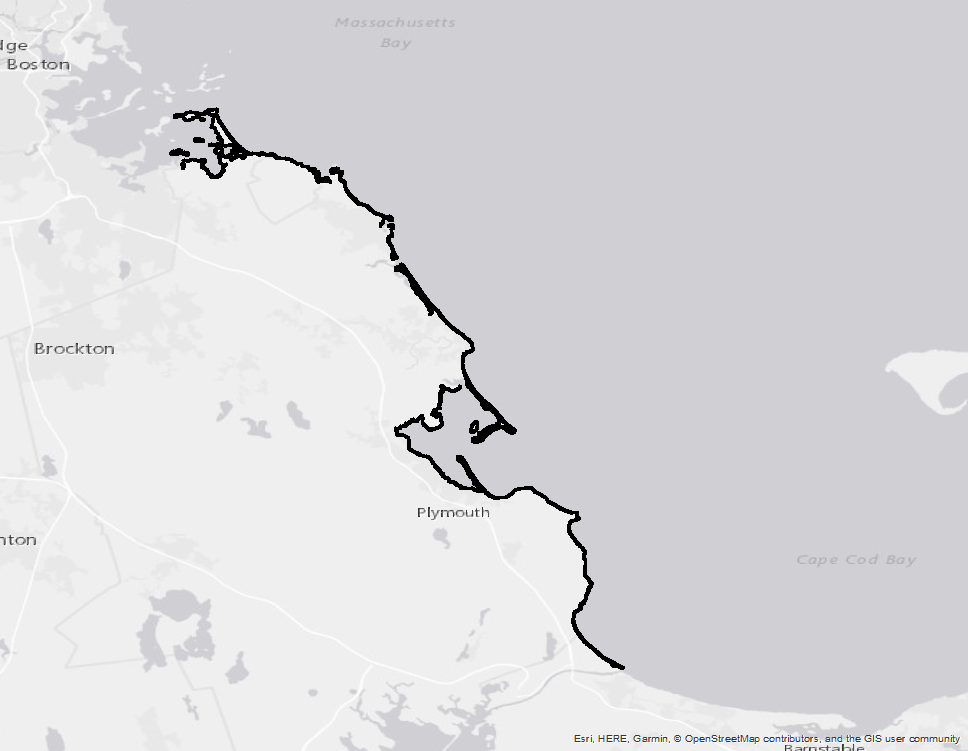