Integrated terrain models covering 16,357 square kilometers of the Massachusetts coastal zone and offshore waters were built to provide a continuous elevation and bathymetry terrain model for ocean planning purposes. The area is divided into the following four geographical areas to reduce file size and facilitate publishing: Massachusetts Bay from the Massachusetts-New Hampshire border south to Provincetown and Scituate and east to Stellwagen Bank; Cape Cod Bay from Provincetown to Scituate and south to Hyannis; Buzzards Bay from the Cape Cod Canal southwest to the State border including the Elizabeth Islands and extending north to Fall River and Mount Hope Bay; and Nantucket and Vineyard Sounds, from Hyannis south to the border of the Massachusetts Coastal zone approximately 8 kilometers south of Nantucket. A Triangulated Irregular Network was created from public-domain bathymetric and LiDAR data using the ArcGIS terrain-model framework and then interpolated into a 32-bit GeoTiff of 10 meter resolution. The grids for each of the four geographical areas are referenced to the Universal Transverse Mercator, Zone 19, North American Datum of 1983 coordinate system, and the North American Vertical Datum of 1988. A polygon shapefile recording the source datasets accompanies each of the four grids. 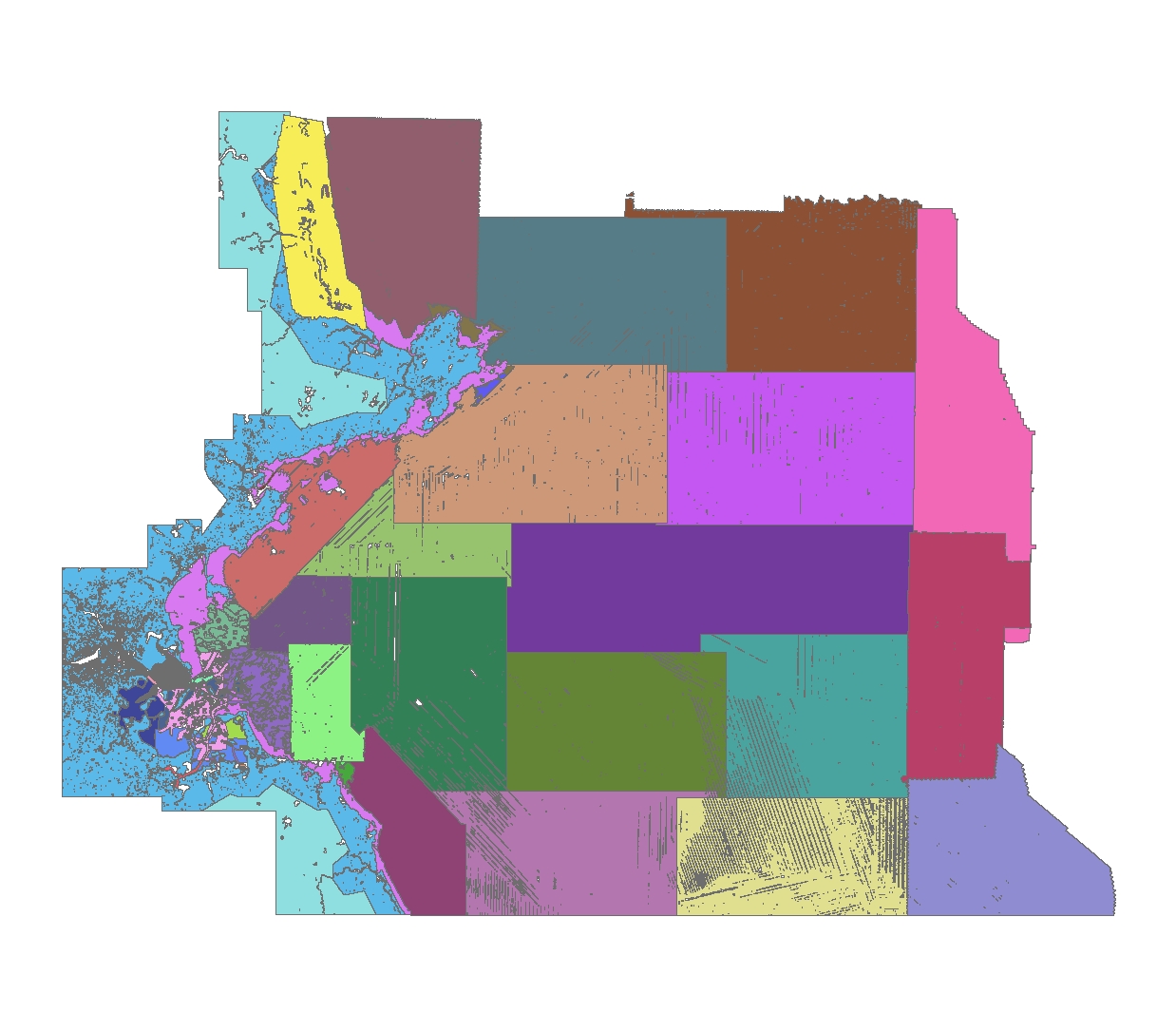