The shapefile associated with this metadata file represents the spatial distribution of mean annual water-budget components, in inches, for Hawaii Island, Hawaii. The water-budget components in the shapefile were computed by a water-budget model for a scenario representative of recent conditions (1916-83 rainfall and 2008 land cover), as described in USGS Scientific Investigations Report (SIR) 2011-5078 and summarized in USGS SIR 2015-5164. The model was developed for estimating groundwater recharge and other water-budget components for each subarea of the model. The model-subarea dataset, consisting of 467,805 subareas (polygons), was generated using Esri ArcGIS software by intersecting (merging) multiple spatial datasets. Spatial datasets merged includes those that characterize the spatial distribution of hydrologic and physical conditions (rainfall, fog interception, irrigation, reference evapotranspiration, direct runoff, soil type, and land cover) that the model uses to compute groundwater recharge and other water-budget components. Additional spatial datasets merged into the model-subarea dataset include those of select geographic features that assist in analyzing model results. This metadata file describes the process of merging these spatial datasets. The shapefile attribute information associated with each polygon present an estimate of mean annual rainfall, fog interception, irrigation, runoff, canopy evaporation, actual evapotranspiration, net precipitation, total evapotranspiration, recharge, and leakage from cesspools and water mains. This shapefile also includes select geographic and land-cover attributes of the polygons. Brief descriptions of the water-budget components and attributes are included in this metadata file. Refer to USGS SIR 2011-5078 and USGS SIR 2015-5164 for further details of the methods and sources used to determine these components and attributes. 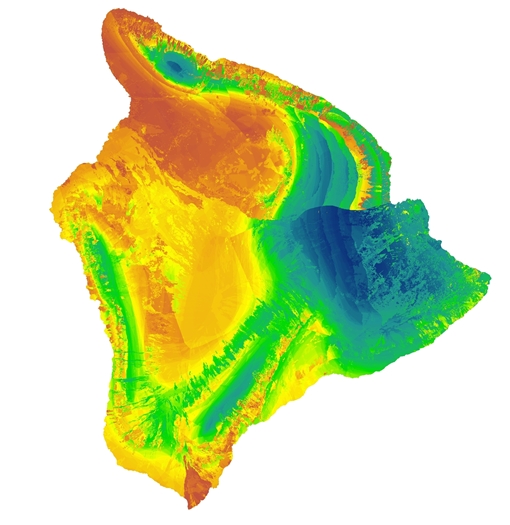