The grthk_f grid represents the modeled thickness of the Gronde Ronde Basalt geomodel unit at a 500 foot resolution. It is one grid of a geomodel that consists of eleven grids and a spatial extent polygon shapefile. As part of a U.S. Geological Survey Groundwater Resources Program study, a three-dimensional geomodel was constructed for approximately 53,000 mi2 of the Columbia Plateau in Washington, Oregon, and Idaho. This geomodel was constructed to define the general aquifer system geometry for use in a regional numerical groundwater flow model. Simplifications and assumptions consistent with this ultimate goal and the uncertainty in the available data were made. The geomodel units consist of Miocene age Columbia River Basalt Group strata and younger alluvial overburden covering approximately 44,000 mi2. Data were compiled from numerous databases and detailed studies completed during the past three decades. These data include stratigraphic interpretations made on more than 13,000 wells and a contiguous compilation of surficial geology and structural features spanning the study area. These data were simplified and used to construct piecewise-smooth trend surfaces that represent upper and lower subsurface geomodel unit boundaries in this complex folded and faulted terrain. The smoothness of the surfaces implicitly represents uncertainty in prediction of each surface resulting from data gaps, errors in borehole interpretations, errors in mapped contact locations, and uncertainty in the shape of the paleo-surface upon which flood basalts were emplaced. Using a rule-based algorithm, surfaces were then recombined to construct a fully three-dimensional model with a 500-foot grid resolution that is consistent with the data and for which error estimates may be made. The modeling process yielded improved estimates of unit volumes, refinement of location of large structural features, and identification of features that may be important for ongoing groundwater studies. 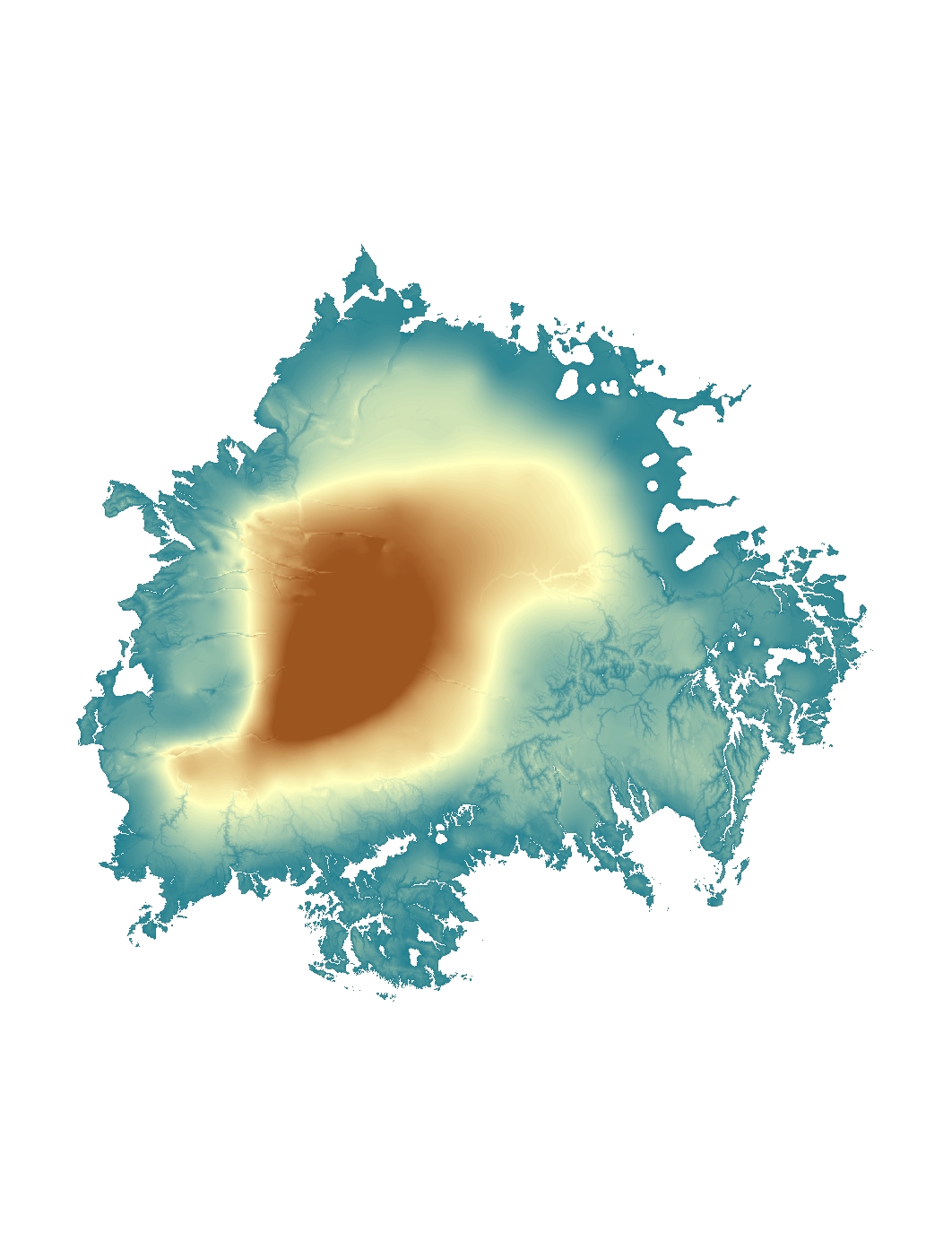