A three-dimensional groundwater-flow model (MODFLOW-2000 ) of the Kirkwood-Cohansey aquifer system, Rio Grande water-bearing zone, and Atlantic City 800-foot sand in the Great Egg Harbor and Mullica River Basins, N.J. was developed to simulate the effects of withdrawals on streamflow and groundwater supply. Increasing groundwater withdrawals from the unconfined Kirkwood Cohansey aquifer system is a major concern because of the potential for streamflow depletion and the resulting ecological effects on aquatic habitats, wetlands, and vernal ponds. In the confined Atlantic City 800-foot sand aquifer water levels have been steadily declining and most of the groundwater withdrawn from the Atlantic City 800-foot sand ultimately comes from the Kirkwood -Cohansey aquifer system. The groundwater flow model was used to simulate scenarios under three possible conditions: average 1998 to 2006 withdrawals (Average scenario), full-allocation withdrawals (Full Allocation scenario), and projected 2050-demand withdrawals (2050 Demand scenario). Three adjusted scenarios, variations of the Average, Full Allocation, and 2050 Demand scenarios, were simulated where withdrawals were modified in stages with the intent to successively eliminate or minimize the base-flow deficits. Monthly base-flow depletion criteria were determined using the NJDEP Low-Flow Margin method to estimate available water on an annual basis and if water-supply deficits exist. The model simulates monthly stress periods from 1998 through 2006. An existing regional model of the New Jersey Coastal Plain was revised to provide boundary conditions for the Great Egg Harbor and Mullica River Basin model (GEM). This USGS data release contains all of the input and output files for the simulations described in the associated model documentation report (http://pubs.usgs.gov/sir/2012/5187/). 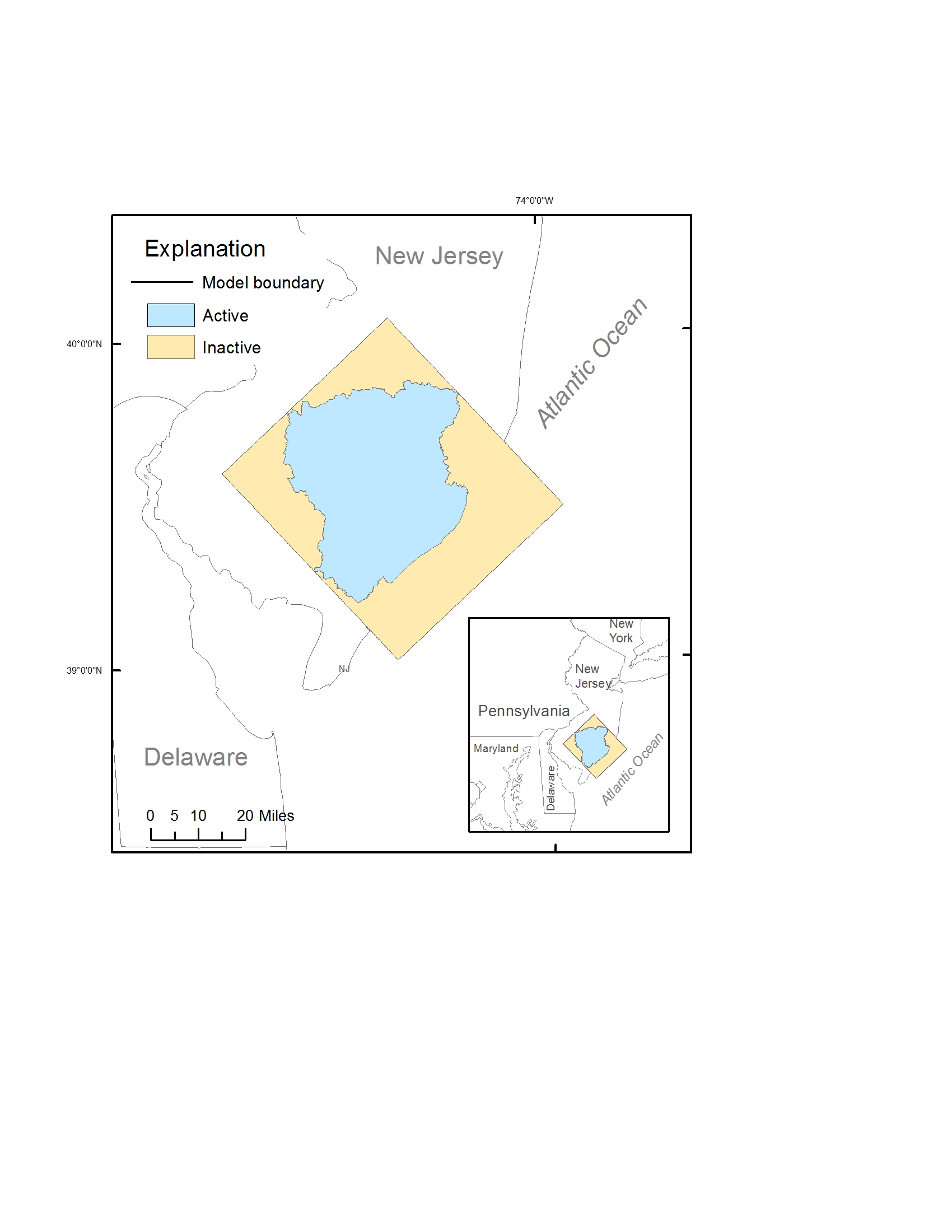