The U.S. Geological Survey, in cooperation with the Town of Barnstable, Massachusetts, modified an existing numerical, steady-state regional MODFLOW-2005 groundwater-flow model to evaluate changes in water levels from a reference condition (2015) for nine pumping and wastewater return flow scenarios prepared by the Hyannis Water System. The three-dimensional, steady-state groundwater-flow model used to simulate water level changes is a modified and recalibrated version of an existing model that was used to simulate the potential effects of sea-level rise on groundwater levels of the Sagamore and Monomoy freshwater lenses of the Cape Cod aquifer (Walter and others, 2016) (https://doi.org/10.3133/sir20165058). Two modifications, (1) the addition of spatially variable natural recharge from precipitation, and (2) a revised representation of wastewater return-flow recharge to septic systems in the Town of Barnstable, were made to the existing regional groundwater-flow model for this study. The modified model was recalibrated to the same observations of heads and streamflows as those used in the original model. The modifications and results of the recalibration are described in the appendix of the associated scientific investigations report (https://doi.org/10.3133/sir20195121). The model is a mathematical representation of the groundwater-flow system. Several assumptions and limitations of the modeling approach are discussed in the report, as well as in the scientific investigations report describing the original model (https://doi.org/10.3133/sir20165058). This USGS data release contains all the input and output files for the simulations described in the associated scientific investigations report (https://doi.org/10.3133/sir20195121). The modified model supersedes the original model described by Walter and others (https://doi.org/10.3133/sir20165058). 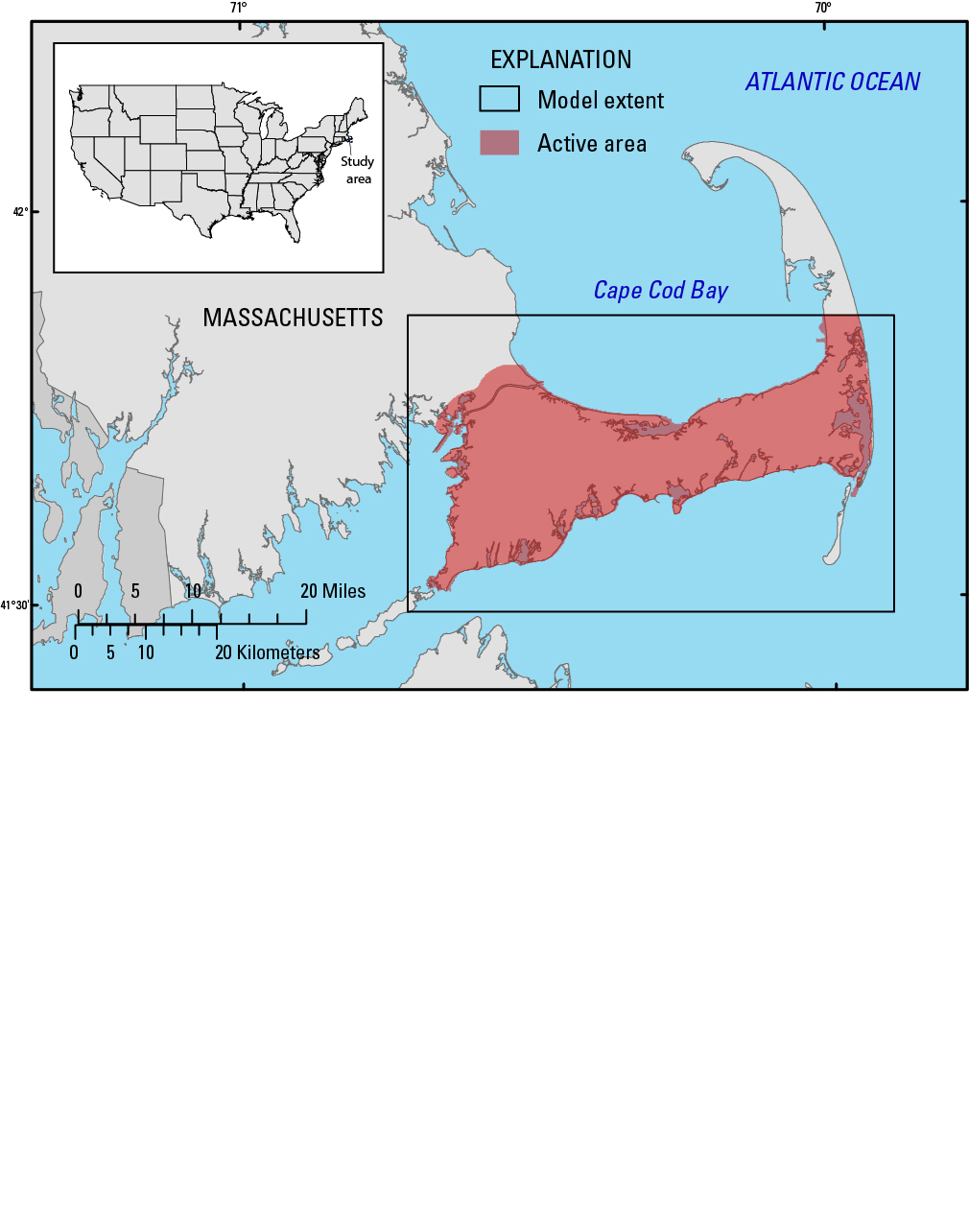