In September 2018, the U.S. Geological Survey, in collaboration with the U.S. Army Corps of Engineers, conducted high-resolution geophysical mapping and sediment sampling to determine the distribution of historical mine tailings on the floor of Lake Superior. Large amounts of waste material from copper mining, locally known as “stamp sands,” were dumped into the lake in the early 20th century, with wide-reaching consequences that have continued into the present. Mapping was focused offshore of the town of Gay on the Keweenaw Peninsula of Michigan, where ongoing erosion and re-deposition of the stamp sands has buried miles of native, white-sand beaches. Stamp sands are also encroaching onto Buffalo Reef, a large area of cobble/boulder substrate that supports productive fisheries in the lake. The objectives of this cooperative mapping project are to develop a framework for scientific research and provide baseline information required for management of resources within the coastal zone of northern Michigan. High-resolution bathymetry and backscatter data reveal the irregular topography of the shallow, cobble-covered Buffalo Reef and the relatively smooth surface of finer-grained sediment that covers adjacent, deeper parts of the lake floor. Previous research used numerous sediment samples to determine the general distribution of mine tailings on the lake floor in this area, but little information exists on the extent and thickness of the surficial deposits. The main priority of this project is to image the near-surface stratigraphy, specifically the thickness of surficial sand and mud that threaten to cover the reef, with seismic-reflection profiling systems. In addition to continuous coverage of bathymetric and backscatter data, this report includes a dense grid of closely spaced seismic profiles, which will guide efforts to mitigate the environmental impacts of the shifting stamp sands. 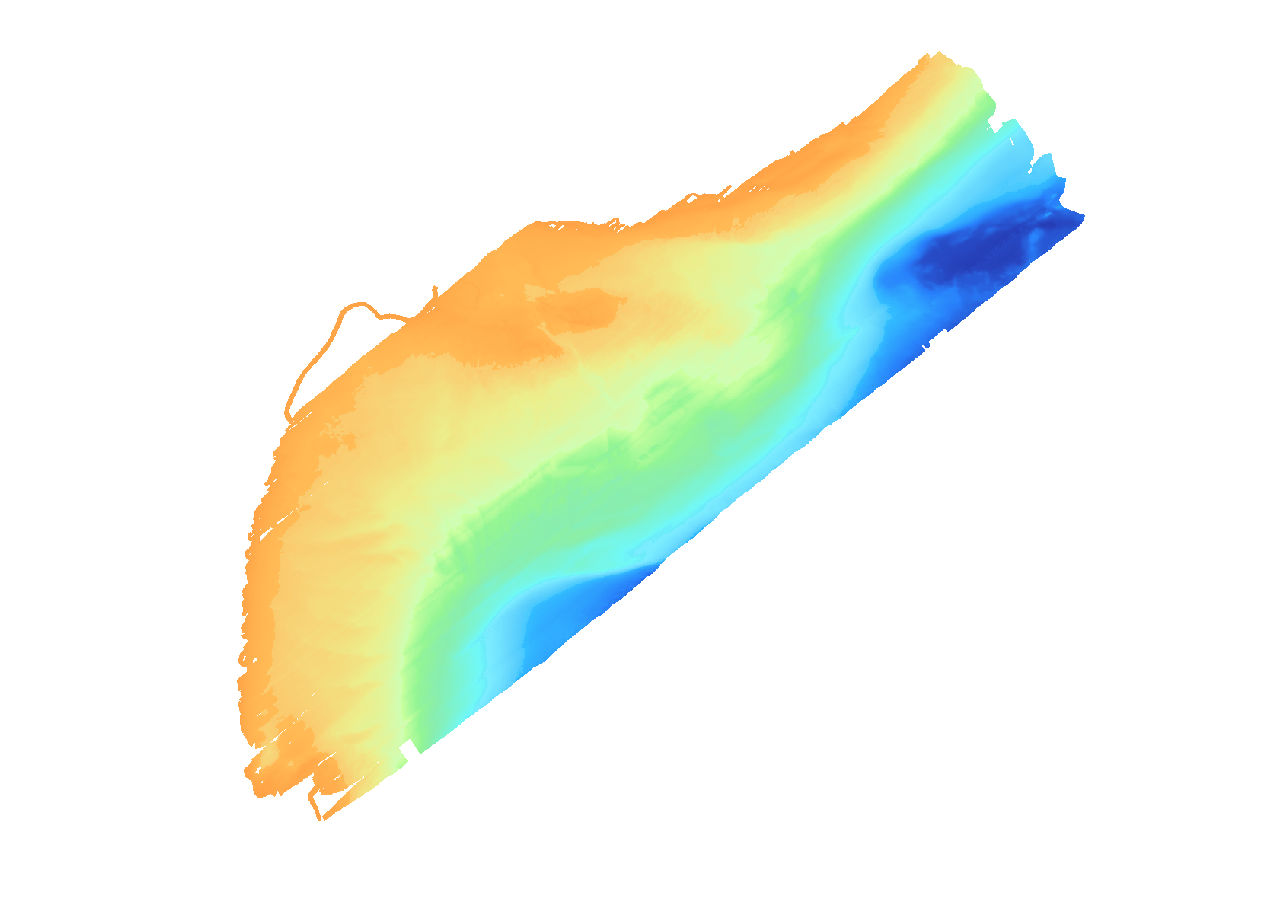