The benthic cover data in this collection result from the analysis of images produced by benthic photo-quadrat surveys. These surveys were conducted along transects at stratified random sites across the Mariana Archipelago as a part of the ongoing National Coral Reef Monitoring Program (NCRMP). Benthic cover data and the associated images are both included in this collection.

A stratified random sampling (StRS) design was employed to survey the coral reef ecosystems throughout the region. The survey domain encompassed the majority of the mapped area of reef and hard bottom habitats in the 0-30 m depth range. The stratification scheme included island, reef zone, and depth. Sampling effort was allocated based on strata area and sites were randomly located within strata. Sites were surveyed using photo-quadrats along transects. The imagery were then analyzed to produce estimates of relative abundance (percent cover), frequency of occurrence, benthic community taxonomic composition, and relative generic richness. 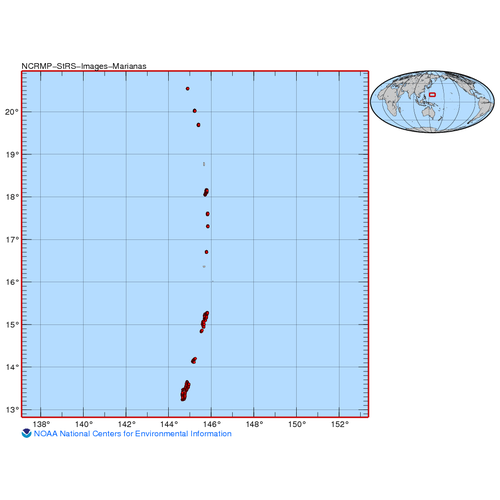