As part of the San Francisco Bay Marsh Sediment Experiments and hydrodynamic investigations in San Pablo Bay and China Camp Marsh, California, vegetation sampling measurements were taken over several periods at numerous locations. This portion of the data release presents physical characteristics and percent cover data from vegetation plots sampled in China Camp State Park salt marsh (northern San Francisco Bay) in 2015, 2016, and 2017. One-meter quadrats (1m x 1m) were analyzed for percent cover of each vegetation species present, average canopy height, and maximum canopy height. The percent cover was done by visual inspection. A quarter-meter quadrat (0.25m x 0.25m) was then used for stem count and stem diameter measurements. Stem counts were only done for S. foliosa. These quadrats ran along the instruments used to collect sediment and hydrodynamic data, which is described elsewhere in this data release. This survey was conducted on January 23, 2015 (winter conditions) and again on June 6, 2016 (summer conditions). A separate survey was conducted on September 29, 2016 and May 3, 2017, to measure the length, width, and spacing of S. foliosa leaves. Data collected are provided as a comma-delimited spreadsheet (.csv). 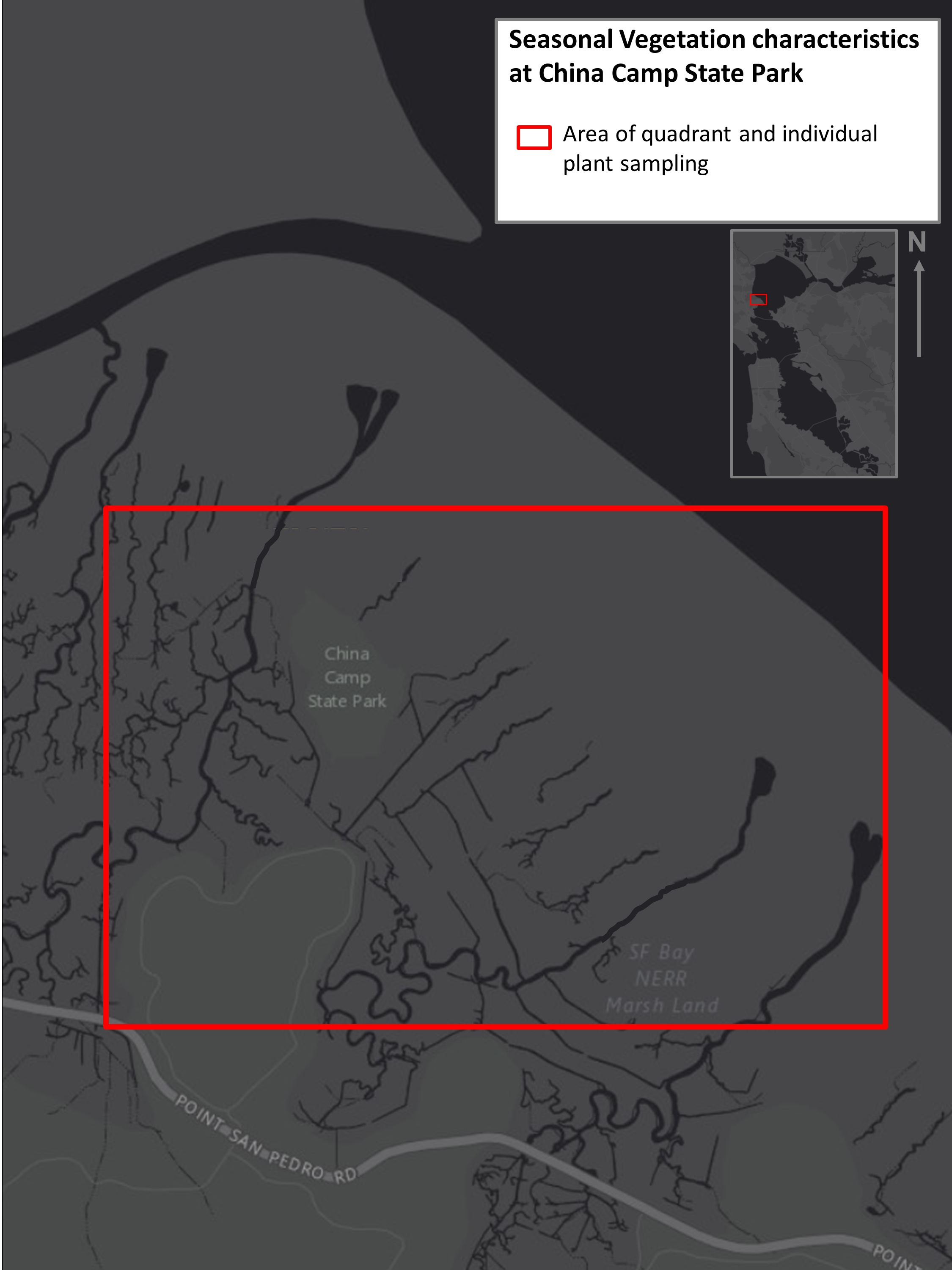