This data release contains digital video files from the USGS field activity 2014-607-FA, a survey of the Oregon Outer Continental Shelf (OCS) Floating Wind Farm Site in 2014. Video data were collected over 3 days between September 6 and September 9, 2014 using a towed camera sled system. 11.6 hours of video were collected along 18 transects; the mean length of time per transect was 38 minutes. Video operations were conducted by deploying up drift of a target and drifting over it at speeds of 1 knot or slower. The video data were collected in order to ground truth geologic and habitat interpretations of sonar data collected during the same field activity. The video-survey locations were chosen after the sonar mapping to investigate sea-floor features of interest, including bathymetric features such as ridges and depressions, areas that represent the spectrum of backscatter intensity observed in the survey area, and areas that represent the spectrum of water depths surveyed. The camera sled was equipped with both vertical-downward and adjustable oblique-forward facing HD video cameras. Paired lasers set a fixed distance apart are visible in the video and are used to scale features on the seafloor. A fiber optic cable was used to allow real-time on-board viewing of both camera feeds. The sled was also equipped with a forward-scanning sonar system for collision avoidance. Conductivity and temperature were continuously recorded using a SeaBird Seacat 37-SM. Depth and altitude were measured to aid operations but not recorded. A downward facing still camera, designed for small invertebrate identification, was attached to the sled, but insufficient lighting rendered the still images unusable. Real-time observations of the major and minor substrate type were made, as well as occasional comments about organisms, features, or objects of interest. 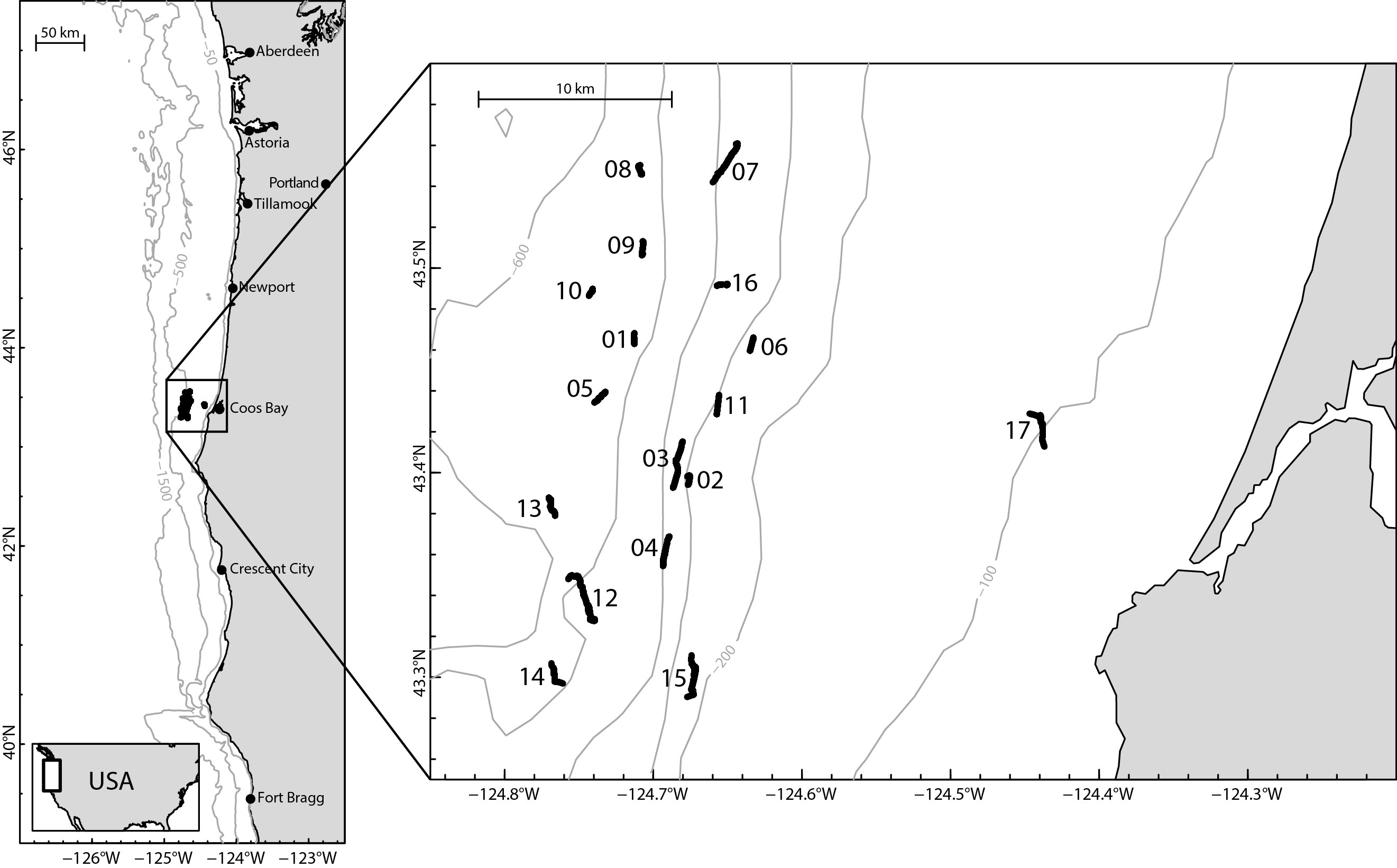